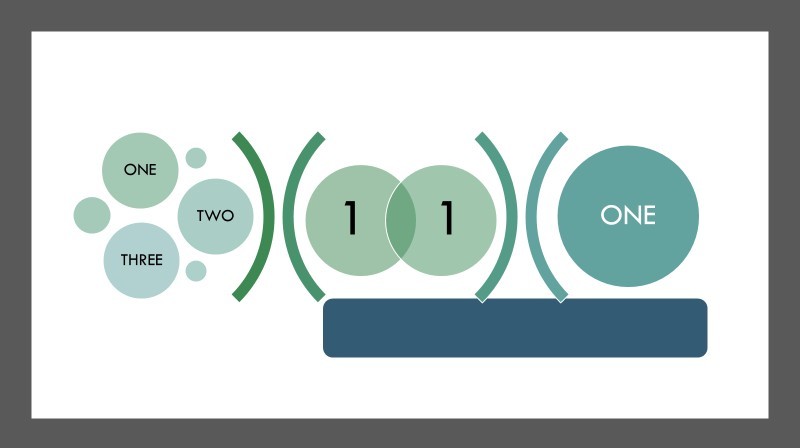 That’s right, one + one does not always equal two. When I’ve presented with that question in the past I’ve always responded, “one what?”. That same philosophy, “One what” applies here too. Read on and I’ll explain!

If I’ve only learned one thing during my short tenure as a quilter, putting together squares, rectangles, triangles and circles has the potential to create an infinite number of designs. In this world of fabric and thread, of rotary cutters, rulers and cutting mats, 1 yard of fabric + 1 cone of thread can equal just about anything your mind can imagine.

What I am about to describe is probably very old news to those of you with years more quilting experience than I however, I’ve never come across this information anywhere, in any format. So, at the risk of reinventing the wheel for the ten millionth time, this discovery is a brand new wheel to me and one I feel worth sharing!

There’s A Song In My Head

While de-cluttering and organizing my sewing room and closet – my “beginning of a new year tradition / ritual / necessity” – one fabric jelly roll from Basicgrey’s Nova collection taunted me. It wouldn’t fit in a bin or basket with other similar jelly rolls. There was no where to stack it and no drawer to place it. Every attempt to put this round peg into a square hole ended in failure.

Well then. Fine. I suppose it had a message…something like, “unroll me”; or “watch me roll” – something clever I’m sure but I wasn’t in the frame of mind to listen – I already had a song, “Let’s Get Organized” playing in my mind.

Eventually, I had no choice but to give in. Laying out the strips and dividing by color and then by design motif and volume, I began to slowly evolve from mildly irritated (after all, this fabric roll was interrupting my de-clutter and organizing plan) to inspired!

From there, I found myself going through my pattern files – both paper and digital but of all those patterns, the one that provided the most inspiration was a hand drawn pattern given to me by my quilt group. In fact, my primary reason for cleaning and organizing was to create an uncluttered space so I can focus on piecing the quilt tops that needed to be returned to my Comfort Care quilt group.

My ‘Nova’ jelly roll by Basicgrey for Moda Fabrics, on the other hand, had other plans.

Removing the band from these little gems and placing them next to the strips brought a rush of excitement that only the fabric obsessed can appreciate.

As the first pattern emerged I began to get a vision of a second pattern and once the second pattern was up on my design board the third pattern practically jumped at me! Standing back to survey my new creations was the exact moment I discovered the magic contained within ONE jelly roll combined with ONE charm pack and the potential to create THREE, separately distinct patterns. 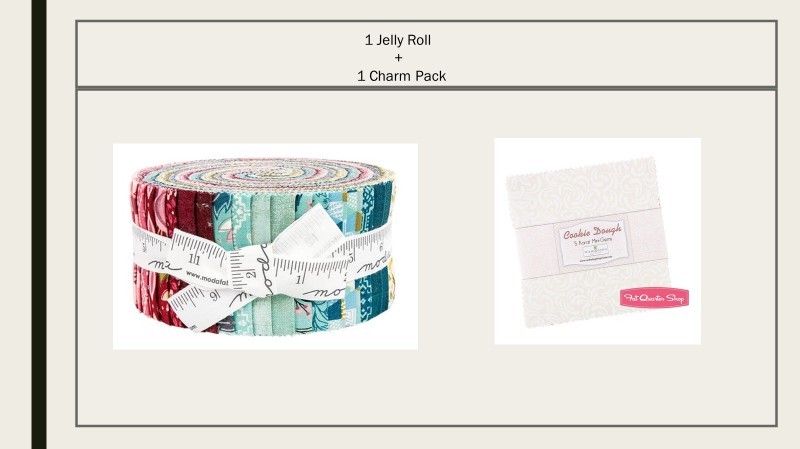 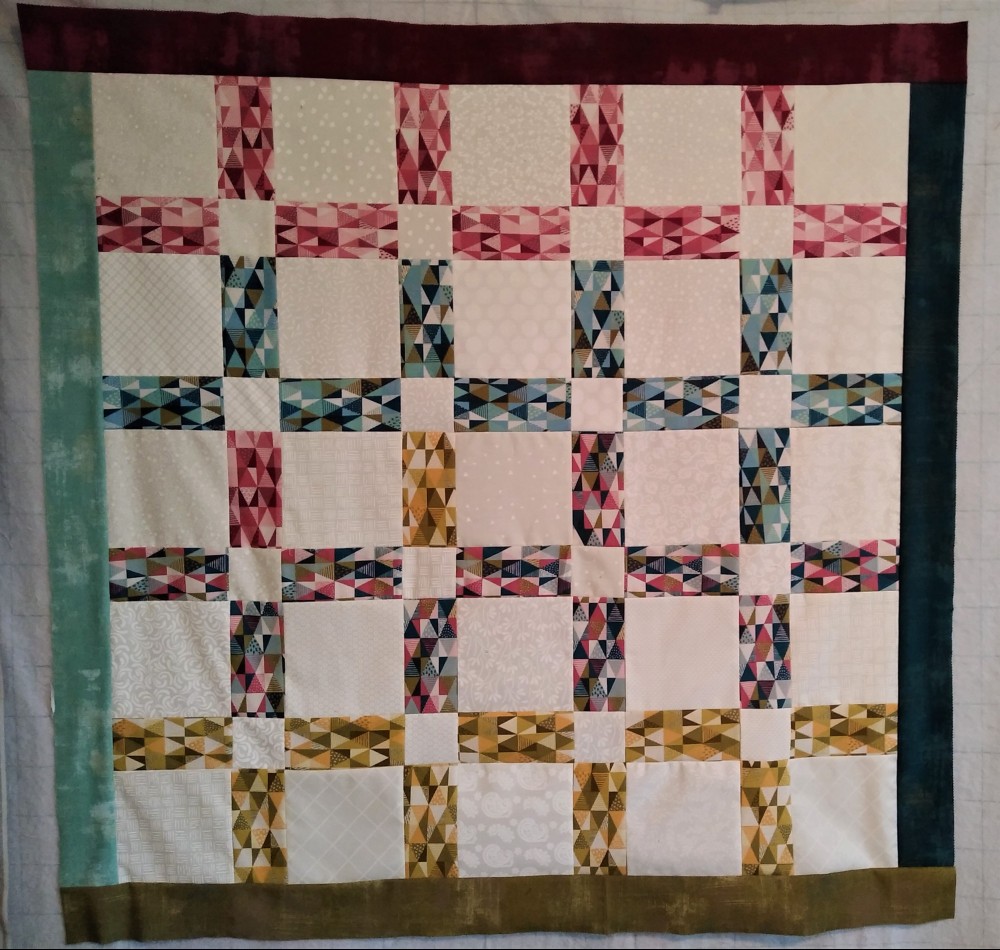 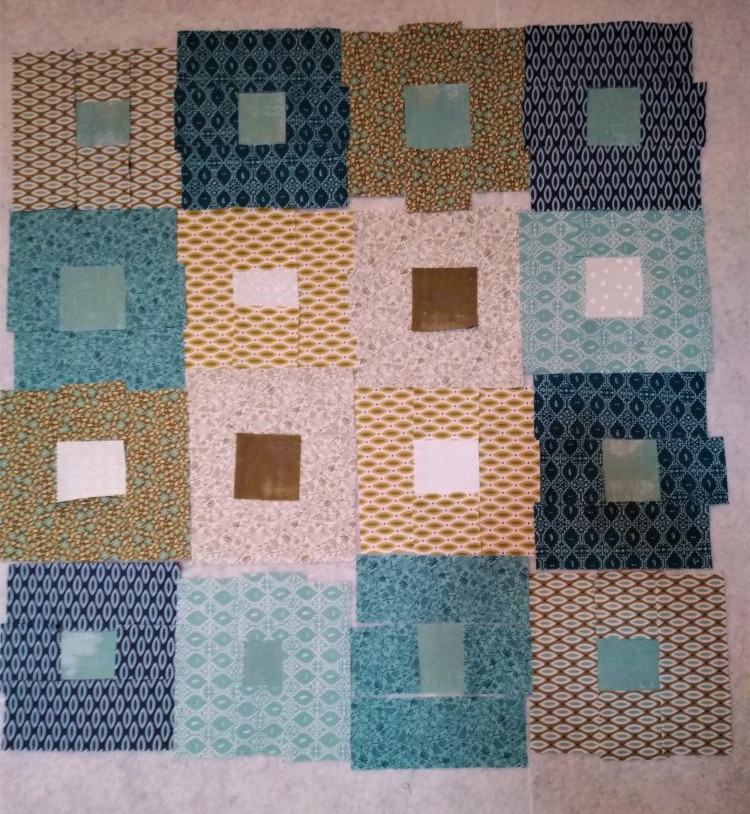 Print and floral strips and squares paired with solid squares. 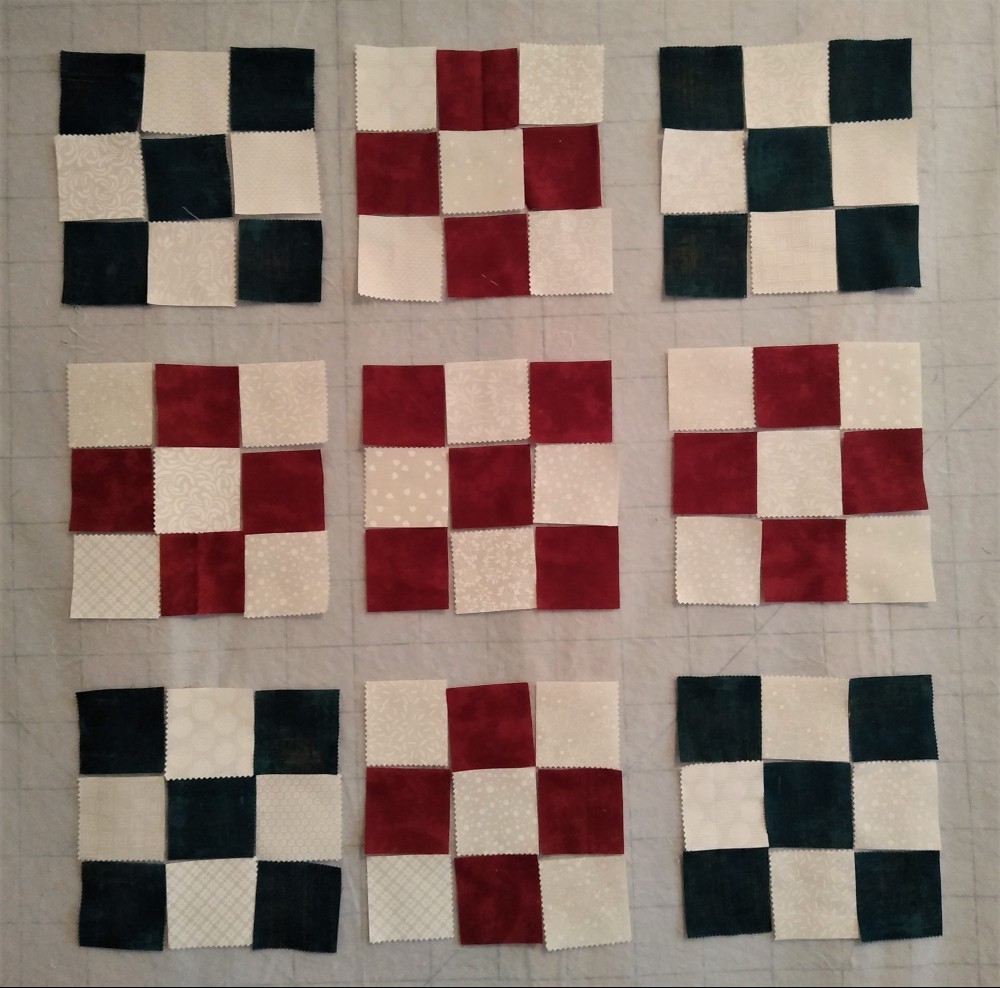 Left over red and blue strips cut into squares and paired with left over solid squares to create checkerboard pattern – a 9-patch block creating a 9-patch design. I would rather have a blue and white 9-patch block in the very center but there simply wasn’t enough. However, had I actually planned to create this design from the beginning, I would have been more careful when cutting the strips – it is possible, there would be enough blue for the fifth blue block.

Making this discovery has opened my eyes to the possibilities when using a fabric jelly roll – especially one like this containing a variety of florals, geometrics and solids. Now, when I see a fabric line in any precut format I won’t feel “locked” into using all the fabrics in just one pattern. Being able to visualize the potential of creating more than one design from one fabric roll also makes the price tag easier to live with!

*NOTE* Patterns #2 and #3 above are obviously unstitched fabric pieces basically thrown onto my design wall (an accessory I can no longer live without!) . Once I have all the pieces stitched together, I will re-post those images. I feel the finished quilt tops will more effectively highlight the degree of differentiation between each pattern as well as convey the illusion that each pieced quilt top came from an entirely different fabric line.

Below is another example showing how one pattern and the same two fabrics, when used in opposite placement can create what appears to be two entirely different quilt tops. 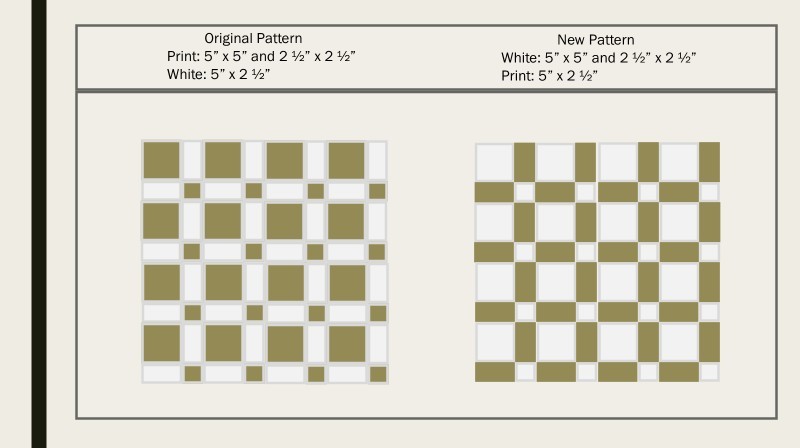 Stay tuned…as quilt tops #2 and #3 are completed I will be posting as well as any other discoveries I make along the way.