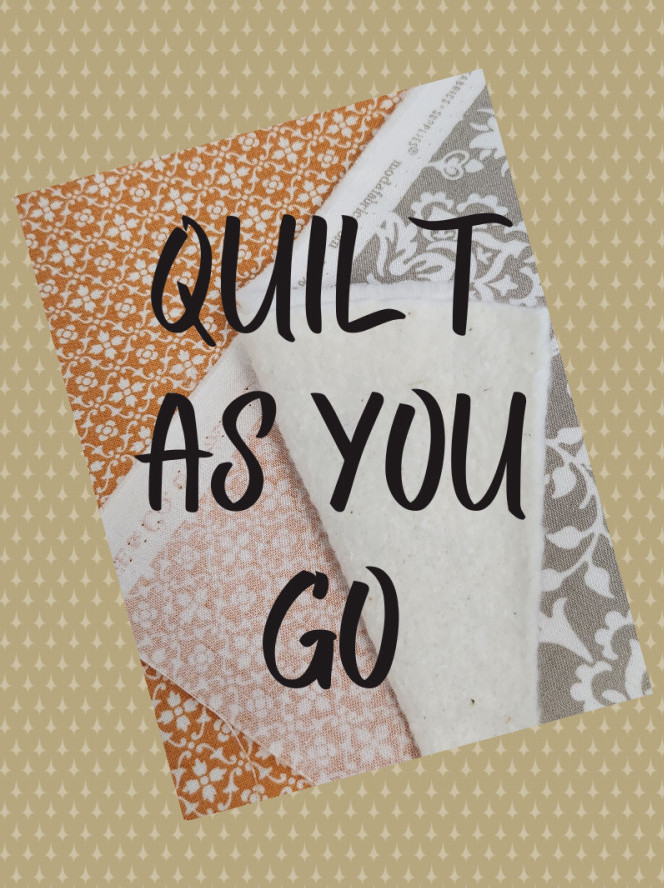 It’s been more than once or twice during the past few years I’ve been seriously quilting that I’ve run across the term “Quilt-As-You-Go” – QAYG, the acronym often used.

I never really gave it much thought until after I finished quilting a rather large quilt for my granddaughter’s Sweet 16 birthday. Now that her little sister has an upcoming Sweet 16, I’m beginning to think more about the feasibility of doing a QAYG as compared to the traditional machine quilting method.

My machine, a Janome 9450 with an 11″ throat space, is designed for machine quilting large quilts. While I LOVE the added throat space, quilting a quilt larger than a throw or small twin size can still be still an arduous, back-breaking, shoulder-straining ordeal.

As a refresher, here is a nice chart I saved awhile back created by Caroline of SewCanShe: 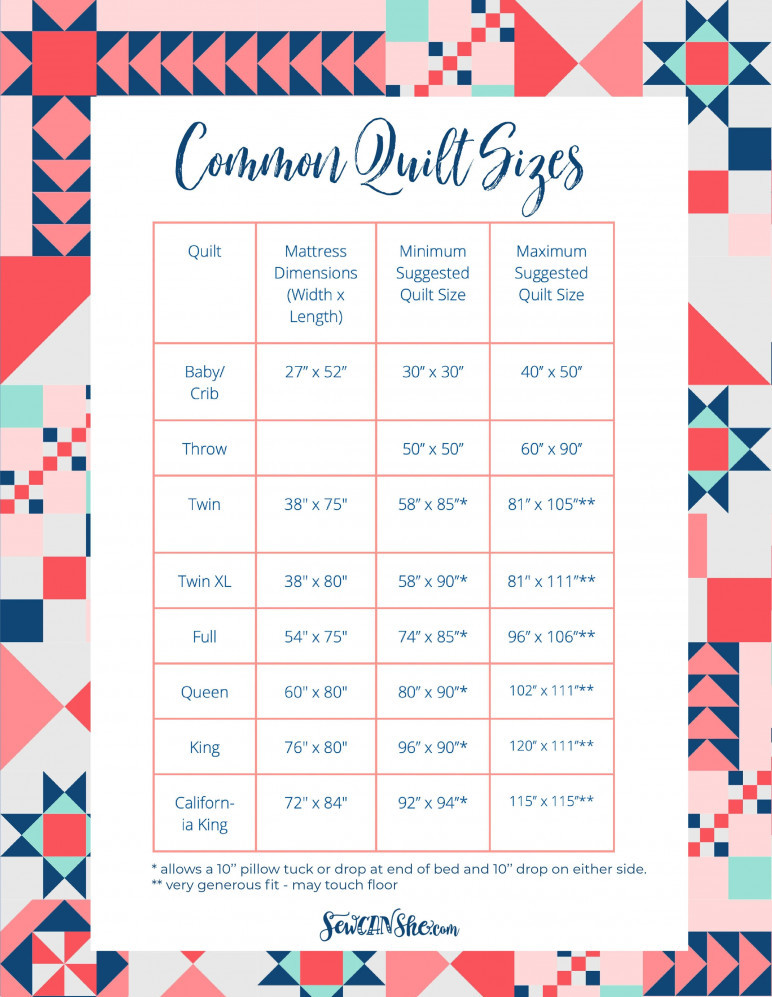 The dilemma is this – not all quilt designs are compatible with the QAYG method. I could not have done 100% QAYG with the 1st Sweet 16 quilt. What this means now is this: If I QAYG my second Sweet 16 quilt, the pattern will need to be altered or modified.

So, you’ve decided to use the QAYG method for your next quilt However, there are few things (five actually!), you need to consider before starting a QAYG project:

1) Is your quilt pattern compatible with the QAYG method?

I say this because the pattern of th block often dictates what quilting pattern you use. This may mean using one particular quilting design for one block and then changing to a different design altogether for the next.

2) Will your quilt pattern use an equal number of four-sided blocks?

This may seem obvious but if an “artisan” or organic quilt design is desired, QAYG may not be the best option. Not saying it can’t be done however, in my experience, I have not seen it done.

3) If a dense quilt design is desired, this will alter the overall size of the quilt block.

Again, another reason to use a repetitive block design using an identical quilting pattern.

This will help ensure every block finishes at eh same exact size. When it doesn’t, it makes it really difficult to get corners to match up.

I’m learning to use a batting that doesn’t require stitches to be closer than 8″-10″ .

Here is an example of what happens when the pattern is too densely quilted: 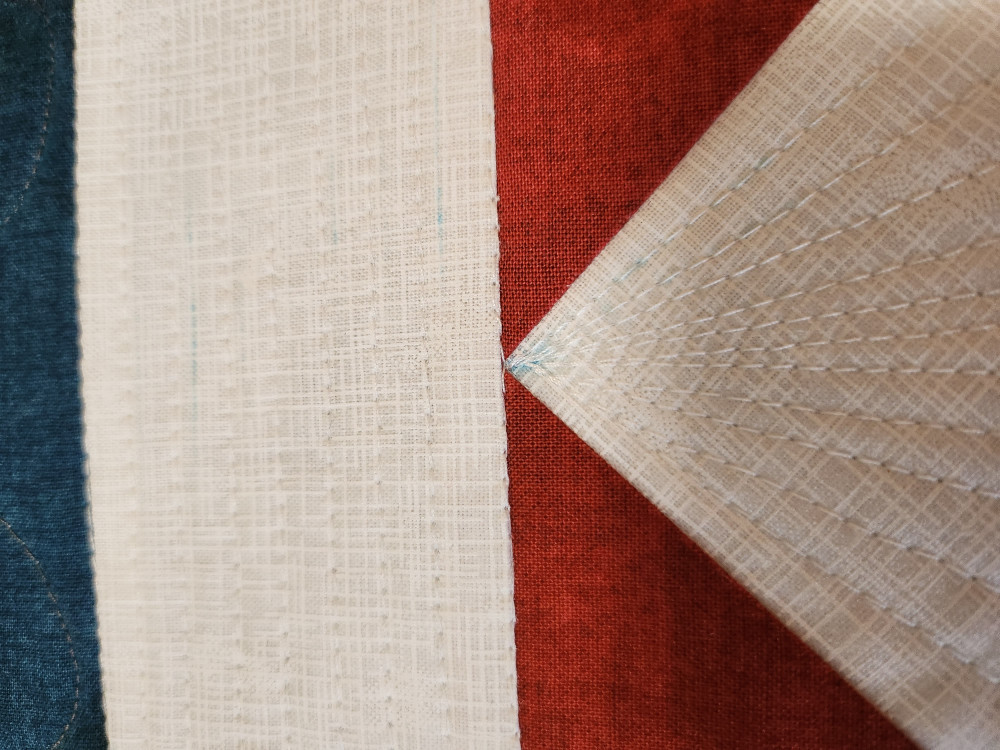 There is very little definition. The “quilting” is barely visible.

And here is the entire block: 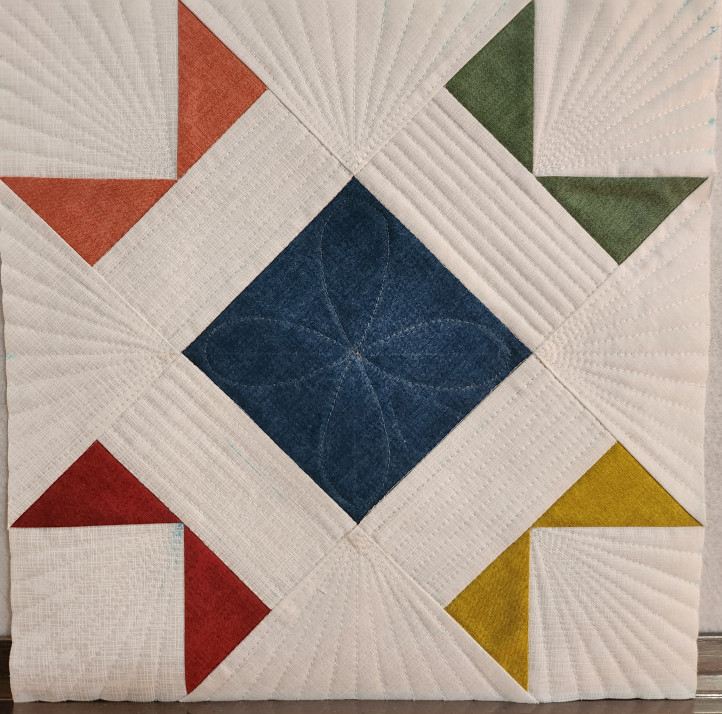 The quilting isn’t as prominent as I’d like it to be – in fact the image somehow shows more definition than is visible in person. Go figure.

In any event, placing all the blocks from QAL into one quilt top with so many quilting variations, in my opinion, is not going to look good.

When blocks of varying designs and patterns are used, the quilting needs to be the unifying element that brings it all together. The best way to accomplish this is to quilt the entire top as one unit using one consistent pattern.

When I first discovered fusible batting, I thought I had found the Holy Grail – THE technique that would forever render the process of creating and basting a quilt sandwich as easy as layering fabric and ironing. 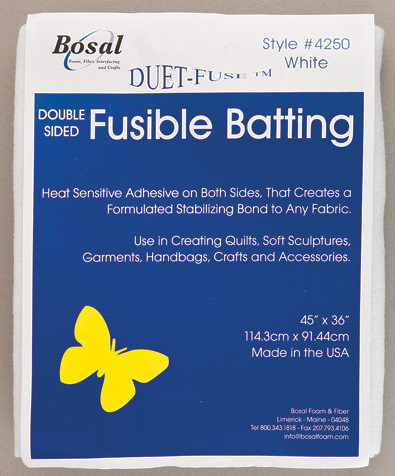 Instead, it became a lesson, one learned the hard way that fusible batting is primarily designed for QAYG and small quilt projects.

Again, if saving time is a high, if not your top priority, and you enjoy using fusible batting the time spent finishing your quilt will be significantly reduced.

The product shown above is one of my favorites. I order it online from ByAnnies but, be warned – it sells out fast!

5) Sashing or No Sashing?

QAYG is perfect for those quilt designs that require sashing between blocks.

The example below from ScrapFabricLove shows the appearance when two blocks are connected without sashing.

These blocks were likely created for demonstration purposes only however, I feel this example also illustrates the advantage of continuity in the quilting pattern from block to the next. 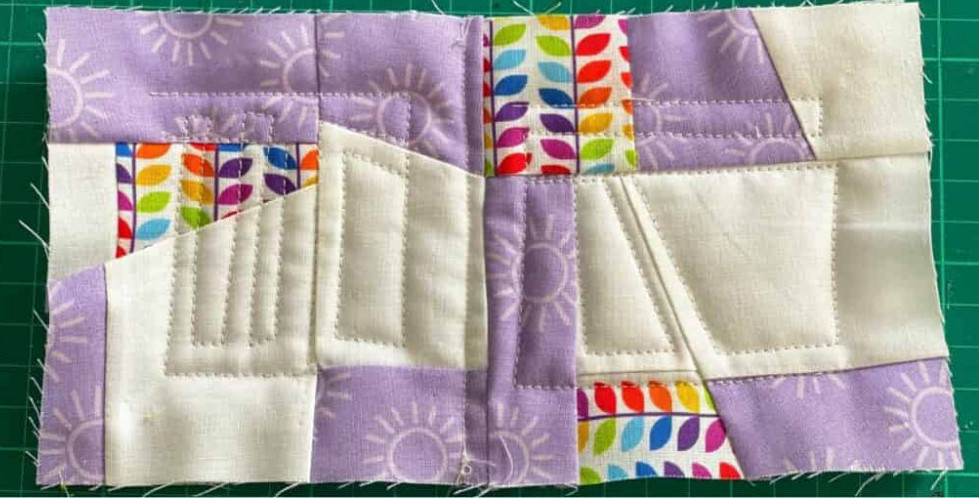 For those of us that do not have or want a long arm quilting machine, the QAYG method has grown in popularity.

As for me, I’m definitely going to use this method in my next large quilt.

The exact method I will use depends on the quilt pattern and as a source of both inspiration and instruction I will be visiting these tutorials:

3) OnPoint-TV and Quilting with Nancy

I welcome your questions and comments and as always, please share you experiences using the QAYG method.

We are all here to learn something new!